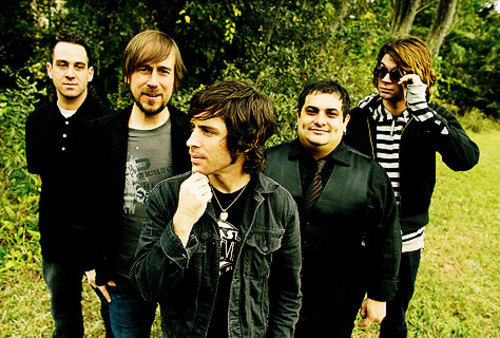 It’s quite obvious that alternative rock band Taking Back Sunday and rapper Kanye West sit on opposite sides of the musical spectrum. But maybe it’s this very fact that makes TBS’s cover of West’s “Can’t Tell Me Nothing” such an interesting and satisfying listen. TBS lead vocalist Adam Lazzara and guitarist John Nolan manage to successfully deliver a folksy rendition of this downtempo hip hop song using only their voices and guitars.

To transform the track, Lazzara and Nolan stripped the instrumentation all the way down to acoustic guitars and created a new melody that allowed Lazzara to sing the verses rather than rap them. They even threw in a few lines at the end that Nicki Minaj spat on another more popular West track, “Monster.” But what really made the cover was Lazzara’s soulful and somewhat raspy voice — that in itself could convince you their version isn’t a cover at all. Watch their performance below. (via Billboard)

Check out more from Taking Back Sunday on their website.