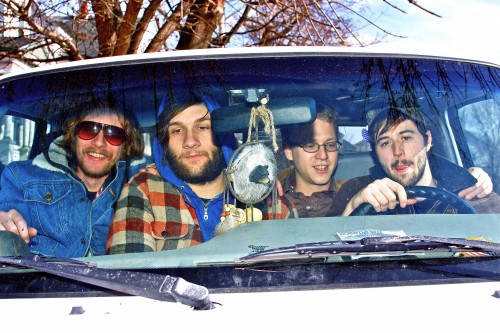 • NYCTaper delivers yet again on this soundboard recording from Deer Tick’s recent show in Wantaugh, NY. The show benefited the Tommy Brull Foundation for disabled children, so if you enjoyed the tune, donate here.
MP3: Deer Tick – Waitress in the Sky (The Replacements cover)

• Back in April, John Maus blew minds with “Believer,” the first listen at new album We Must Become the Pitiless Censors of Ourselves. The synth orchestra gets grimier on Little Girls’ cover, churning along amidst far-away vocals.
MP3: Little Girls – Believer (John Maus cover)

• Everyone who bought a deluxe copy of World of Fox’s new album Respect had the opportunity to enter a pool to choose a cover for the band to record. The results are in from label WIAIWYA. Kudos to Tim and Dunc for digging deep on their winning picks and kudos to the band for turning a marketing gimmick into two moving performances.
MP3: World of Fox – Flowers (Galaxie 500 cover)
MP3: World of Fox – Pristine Christine (The Sea Urchins cover)