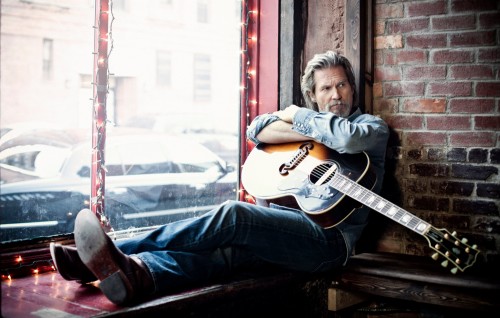 If there’s any song that’s the cultural ideal for Jeff Bridges to cover, it’s Bob Dylan’s “The Man in Me.” One might have feared that Bridges might never escape the glorious slacker shadow of his role as The Dude in The Big Lebowski, but it’s clear that this is nothing to be concerned about. Not only is he the oldest person ever to receive the Oscar for Best Actor, but he has the cajones to promote his new album with a song that will be forever associated with his greatest cult-status film. That Oscar, by the way, was for Crazy Heart – the very movie that reinvigorated his career in music.

Bridges does fantastic things with “The Man in Me.” Not only does he bring a growl to it that’s far below Dylan’s vocal range, he turns it into a song that seems like it was built for country. The performance, even with the full band, serves best to establish a persona that seems to have become Bridges’ trademark. He’s not an actor or a musician or a photographer or a philanthropist, although he is all of those things; he’s just a dude. He’s a dude who does whatever strikes his fancy and, lucky for us, it’s pretty consistently excellent.

Jeff Bridges – The Man in Me (Bob Dylan Cover)

Check out more from Jeff Bridges at his website.