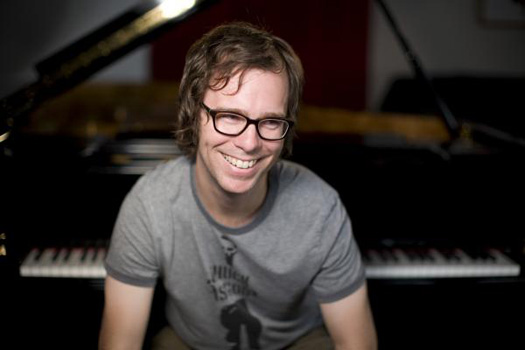 A real argument can be made that, in a couple decades’ time, Ben Folds will be seen as one of the key singer-songwriters of our generation (that is, if he’s not yet claimed that position). His flawless blending of painful honesty and quirky humor speak to legions of fans in a way that few artists can manage, and the sheer breadth of his various projects and collaborations (recording an album with author Nick Hornby, a permanent judge spot on NBC’s The Sing-Off, the impressive 8-in-8 experiment with Neil Gaiman, Amanda Palmer and Damian Kulash) ensure that we won’t be getting bored of him anytime soon.

When it comes to covers, Folds has something of a magic touch. One would be hard-pressed to name any that are less than excellent, whether he’s actually sat down to record them in the studio or just tossed them off live, sometimes as something of a joke. Folds is one of those artists that can make a cover sound like his own song while retaining the parts of the original that made it special. While there’s something to like about every song on which he’s left his mark, here are five of the best.

Ben Folds – In Between Days (The Cure cover)

We’ll start with this Cure cover from Folds’ Internet-only Speed Graphic EP. Here, Ben channels the sense of loss crucial to the original tune, but his propulsive, simplistic piano/drums instrumentation ups the immediacy found in the classic. In addition to being a great cover, “In Between Days” allows Folds to show off some solid vocal harmonies.

Another Internet-exclusive track, this one from Super D, sees Folds taking on neo-hair band The Darkness to great effect. Ben turns in a slightly jazzy arrangement here, one heavy on bass and piano, that makes the song sound a lot more chaotic and frantic than The Darkness probably ever intended. He also gets to play around in his falsetto range for most of the song, a rare occurrence. Note that Folds cleans up the filthy lyrics just a little bit. There will be no c-word for this gentleman.

Dr. Dre’s classic “Bitches Ain’t Shit” probably provided Ben his most notable cover; it even charted on the Billboard Hot 100. The trick of giving a hip-hop song a sensitive makeover has been used before, but Ben pulls it off excellently, making the tune sound totally earnest and somewhat genuinely somber. This is an absolute must-hear.

Ben Folds – Lost in the Supermarket (The Clash cover)

This Clash cover was featured on the soundtrack to the 2006 animated film Over the Hedge, for which Ben provided the vocal music. You can hear the animated influence on the arrangement in the lusher parts of this song; The Clash probably never imagined there’d be vibrant horns used in this tune about social alienation. Yet in the track’s sparser parts, notably the opening chorus and verse, Ben’s instrumentation feels even more distant and empty than in the original. This is pretty heady subject matter for a cartoon.

Thanks to Sergio the Sexy Sax Man and the awful hard rock band Seether, this 1984 George Michael tune’s been making the rounds recently. Ben Folds realized this song’s potential long ago, though; this recording’s taken from a 2004 concert in New York’s Central Park. Folds is joined by Canadian crooner Rufus Wainwright here, and together the two actually make the song sound pretty amazing, mostly due to their impressive harmonies in the chorus. Hints of the irony in Folds’ cover peek through only in the semi-scatted “breakdown.” Still, if a definitive version of “Careless Whisper” exists, this must be it.

Check out more from Ben Folds on his official website.

2 Responses to “In the Spotlight: Ben Folds”