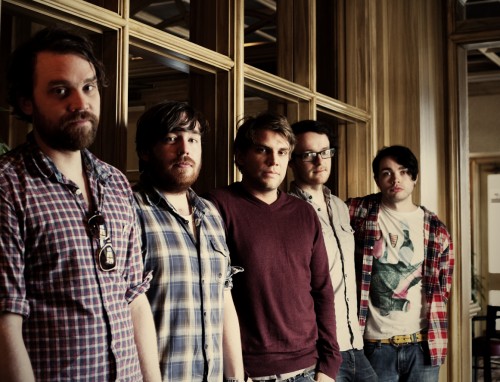 It’s no wonder that an artist might want to cover their favorite song by one of their favorite bands. It’s even less surprising when that favorite band is Death Cab for Cutie and the artist in question is touring with them. Such is precisely the case for Frightened Rabbit frontman Scott Hutchison.

Not only is Hutchison’s cover of “Different Names for the Same Thing” a deeply personal and emotional favorite, though; the recording is presented by Invisible Children, an organization that works toward ending the use of child soldiers in Uganda. Regardless of where all of the emotion is coming from, Hutchison clearly brings a great deal of genuine feeling to the song. He sings and plays with a quiet intensity that serves the song’s purposes just as well as Death Cab’s piano and Ben Gibbard‘s upper-register vocals. He even one-ups the original when he switches up the rhythm a bit and keeps on strumming where the DCFC boys went for a drawn-out bassy interlude. Check out the video of Hutchison performing the cover down by the river, via SPIN.