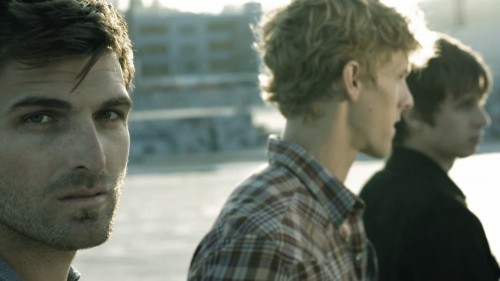 Just last week, we saw Weezer covering “Pumped Up Kicks,” Foster the People‘s instant summer classic. Now, Mark Foster and friends have repaid the compliment with a live attack on “Say It Ain’t So.”

It’s not, by any means, a bad cover. They bring the kind of live energy that makes it clear that the guys put on a fantastic show. Where Weezer made “Pumped Up Kicks” into a Weezer song (as a live cover ideally should be), Foster the People either didn’t manage or didn’t attempt to pull off the same switch. It’s a thoroughly enjoyable cover and they absolutely do it justice, but, as much as we wish we could say it ain’t so, there just isn’t that much Foster the People in it. It’s still 100% Weezer, just played by some other dudes – not that that’s necessarily such a terrible thing. (via We All Want Someone)

Foster the People – Say It Ain’t So (Weezer Cover)