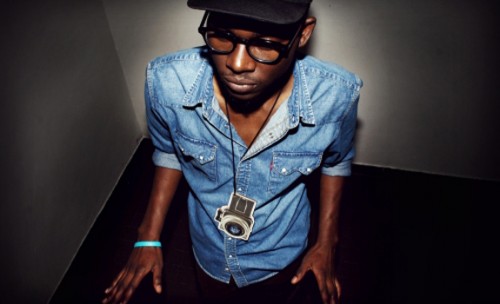 Brooklyn rapper Theophilus London is preparing to release his first full-length next week, and in anticipation of the record he’s released a few b-sides on the web, including just recently his cover of “No Particular One” by Jesse Boone and the Astros. London must have done some digging through the racks (or YouTube) to find this soul rarity, giving this forgotten artist a deserved tribute with his cover.

Theophilus’ cover puts an emphasis on the Afro-Cuban elements of the original, making them much more prominent in his recording. Also, even though most of London’s work generally sticks to traditional hip hop conventions, he completely refrains from rapping in this song, opting instead for a faithful re-presentation of the original song’s musical form. This decision shows both respect for his musical ancestors and his musical versatility, as he seems perfectly comfortable in the position of soul frontman. The background vocals also give it an unmistakably retro feel. Stream and download the track below. (via Hypetrak)

Check out more from Theophilus London at his website.