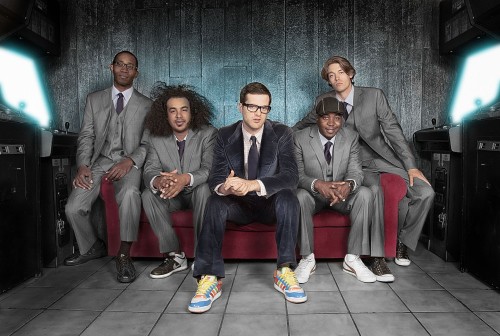 Montreal electrofunkmeisters Chromeo have gradually built a following over their seven-year existence, but have only really broken through in the past year following the release of their third album, Business Casual. The album features 40 minutes of slick, sleazy ’80s revival pop that has packed many a dance floor. This past Tuesday, they released a remix EP for “When The Night Falls,” a track that features none other that Beyoncé’s little sis, Solange.

This fall, they embark on their “Night Falls” American tour, with support from Mayer Hawthorne, who also appears on the EP covering “When The Night Falls.” Like he did on his previous Chromeo cover, Hawthorne gives us a more organic-sounding track, taking it out of the ’80s and into the disco era of the late ’70s. His version has a laid back beat that wouldn’t sound out of place on Fleetwood Mac’s Rumours or crooned by Marvin Gaye. Check it out below.

Buy the full ‘When the Night Falls’ EP on iTunes or Amazon.