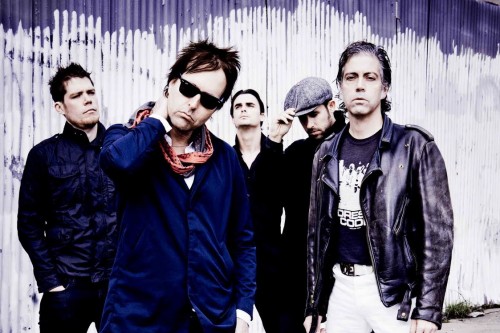 Whether you know it or not, there’s a good chance you’ve heard Chuck Prophet before. While the 48-year-old songwriter, guitarist and producer may not be a household name, he has collaborated, toured and recorded with the likes of Solomon Burke, Warren Zevon, and Cake. Versions of his songs have also been featured on TV show and movie soundtracks like P.S. I Love You, America’s Got Talent, and The L Word. Over his career he’s proven his talents as a singer and guitarist, which he recently used at the High Sierra Music Festival in California to cover The Clash’s seminal 1979 album London Calling from start to finish with the temporary tribute group “Spanish Bombs,” which also features noted musician Chris Von Sneidern.

Prophet and his group have been touring around the world performing the album, with their late night set at High Sierra numbering amongst one of their few performances in the US. Thanks to a broadcast on Grizzly Radio, High Sierra’s official radio station, Prophet’s cover set was recorded in pristine quality for streaming and download. Listening to the recording, it’s obvious that Chuck and the Spanish Bombs were aiming to accurately present the album in a live setting, and they did an impressive job. Prophet and his band put on a memorable and well-assembled performance of these well-loved songs, simulating a live Clash experience that many of today’s music fans never had the opportunity to experience. Check out select tracks below and the whole show on archive.org. Then, for more London Calling covers, check out our Full Albums feature here.

Check out more from Chuck Prophet on his website.