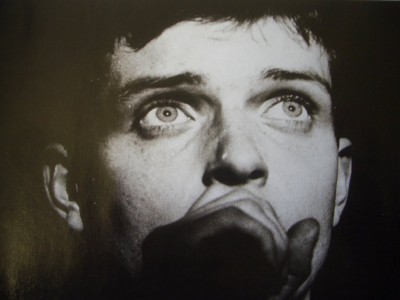 Today would be the 55th birthday of Ian Curtis, the singer who provided the iconic, entrancing vocals for English post-punk pioneers Joy Division. Though Curtis’ suicide in 1980 cut short the band’s career at the height of its creative output, Joy Division has lived on in a massive catalog of covers from musicians who find inspiration in the cavernous spaces of Unknown Pleasures and Closer. In the thirty years since Joy Division’s dissolution, musicians from every corner of the globe– from Australia to California to South Africa– have produced outstanding interpretations of Curtis’ work.

Joy Division’s most famous song is undoubtedly “Love Will Tear Us Apart,” the posthumously released single that became the band’s biggest hit. Practically every musician on earth, from Thom Yorke to Nick Cave to Björk, has covered this song. Right now, somewhere in the world, someone is performing this song. However, a genuinely good cover of “Love Will Tear Us Apart” is hard to come by (though we found five here). Even big names like Arcade Fire and The Cure struggle to do more than produce lackluster copies of the original. The prevalence of mediocrity makes the standout version produced by Sheffield, England’s ambient duo Honeyroot even more remarkable. They adopt the tried and true method of relaxing a track with subdued vocals and a simple piano accompaniment. The result is a breakup ballad that wouldn’t sound out of place on an early Death Cab for Cutie record.

Photographer Anton Corbjin’s 2007 biopic Control is a stylish and insightful look at Curtis’ world that includes a carefully curated soundtrack of period-appropriate music from Joy Division, New Order, and their contemporaries as well as the film’s stars. The only modern contribution to the soundtrack comes from Corbjin’s frequent collaborators The Killers, who crafted a creepy, synth-heavy cover of “Shadowplay.” Singer Brandon Flowers pulls off the flat affect of Curtis’ vocals without sounding like an impersonator, and the band resists the urge to simply copycat the original track by injecting a bit of their bombastic Vegas sparkle into the post punk gloom.

One of the most striking Joy Division covers was released just this year by South African house/funk/darkwave artist Spoek Mathambo. Mathambo pulls off the unique feat of producing not only the darkest and most distorted cover on this list, but arguably the most danceable as well. He crafts a pitch-perfect fusion of eerie goth effects and house beats that is almost unrecognizable as a Joy Division cover. His take on “She’s Lost Control” is best experienced with the fantastically eerie video he released to accompany the track.

“Transmission” is another oft-covered Joy Division track. It seems to be a favorite of American bands, having been covered by Red Hot Chili Peppers and the Smashing Pumpkins. The best take on “Transmission,” however, comes from British electro-indie band Hot Chip, who splice their cool synths and robotic blips into the heavy synths of the original. They create a danceable track that still pays homage to the chilly, spacious original. Alexis Taylor’s airy vocals take center stage, and the arrival of steel drums during the second half of the song creates an unexpected summery vibe.

Though Joy Division’s music isn’t especially electronic or dance-oriented, electro and dance artists love reinvigorating tracks like “No Love Lost,” which got a makeover from LCD Soundsystem when it appeared as the b-side for “All My Friends.” The track, which has also gotten a makeover from Joy Division acolytes The Horrors, gets a jolt of energy from James Murphy’s rapid, punk-inspired cover. Murphy cleverly merges Joy Division’s prominent clanging guitars with his own distinctive dance style to create a track that recalls less introspective LCD moments like “Drunk Girls.”

Continue the celebration by buying Joy Division’s ‘Closer’ at iTunes or Amazon.

6 Responses to “A Birthday Tribute to the Late, Great Ian Curtis”