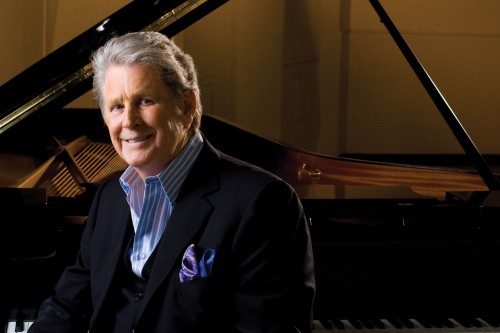 What is it about artistic geniuses that make them so fragile, so seemingly unable to operate in the real world? Vincent Van Gogh, Sylvia Plath and Alexander McQueen all perished by their own hand. J.D. Salinger became a notorious recluse after the success of The Catcher in the Rye. Brian Wilson, the musical genius behind The Beach Boys, sunk almost as low as these, spending the first half of the ’70s mostly in bed doing drugs and then a number of years under the spell of a “therapist” who controlled his every move.

Wilson, who turns 69 today, emerged from these depths in recent years, completing the infamous lost Beach Boys album Smile, releasing an album of Gershwin covers last year and touring this summer.  Not bad for someone who many had written off as a lost cause, permanently fried. So, to celebrate Wilson’s big day we’ve gathered the following covers of some of his best work for your perusal.

Widely regarded as a musical masterpiece, Pet Sounds was conceived, written and produced by Wilson at the remarkably young age of 23. The album opens with the anthemic and majestic “Wouldn’t It Be Nice,” here performed by the Oldham Brothers, featuring Will Oldham (aka. Bonnie ‘Prince’ Billy). They begin the song simply, deconstructing the familiar harmony, but the track soon builds and ends in a cacophony of children’s voices.

M. Ward – You Still Believe in Me (Beach Boys cover)

Also found on Pet Sounds, “You Still Believe in Me” features some of the most sumptuous harmonies The Beach Boys ever recorded. Here, M. Ward takes a different approach to the song, using the melody to show his love for the “American Primitive” guitar of John Fahey and Robbie Basho in a unique and poignant instrumental arrangement.

One of the deepest, clearest and most beautiful expressions of appreciation and adoration, “God Only Knows” appears on many a top-ten songs list, including Paul McCartney’s. Here, David Bowie uses the song to show off his crooning technique. Despite the cheesy ’80s production, the beauty of the song shines through and Bowie proves his mettle as a crooner.

“Love and Mercy” opened Wilson’s eponymous first solo album, released in 1988 and demonstrated that Wilson could still write brilliant music despite all he had put himself through. Here, Wilco‘s Jeff Tweedy and the alt-country supergroup Golden Smog perform the track live with a simple acoustic arrangement. Tweedy’s slightly hoarse, woody voice provides a sense of desperation that is lacking in the original version of the song.

Many hardcore Wilson fans cite “‘Til I Die” as his unsung masterpiece. Written and recorded in 1971 during the middle of his period of self-imposed confinement, the track appeared on the Beach Boys album Surf’s Up. This version, by British artist Lightspeed Champion, conveys the dreaminess of the original that masks a very dark and foreboding lyric.

One Response to “They Say It’s Your Birthday: Brian Wilson”