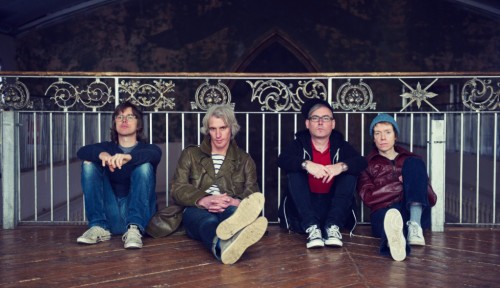 Halifax punk poppers Sloan released their first EP 20 years ago. You can tell looking at them: greying hair and just a little soft in the middle. On their latest LP, The Double Cross, the band sound just as fresh as ever, though, not at all like a band entering its third decade.

The boys appear in the latest edition of A.V. Undercover, taking on Gary Numan’s biggest hit “Cars.” They deliver a raucous performance, with bassist Chris Murphy on drums and drummer Andrew Scott on guitar. Murphy gets so into the song that he nearly drums his shirt off. Check out the video below.