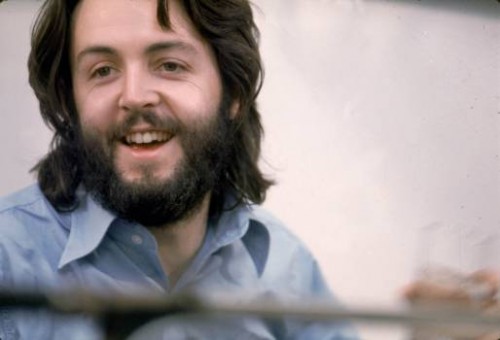 Last week, Paul McCartney launched a competition on his website for the best new cover of “Maybe I’m Amazed.” Well, no, that’s not entirely true. He’s hosting a competition for the most-liked-on-YouTube cover of “Maybe I’m Amazed.” The competition began May 26th and will allow entries until June 16th (voting continues through) the 23rd. The winner gets deluxe editions of McCartney, McCartney II, and Band on the Run. Check out the contest details and submit your entry here.

On one hand, we miss the days when McCartney might actually have some kind of involvement in the competition. Maybe, y’know, judge it or something. On the other hand, this is still pretty exciting. “Maybe I’m Amazed” is not only a great song, it’s also a song that doesn’t receive all that much cover attention (at least not relative to McCartney’s other hits). Sure, there’s bound to be a ton of crap, but a few diamonds in the rough will surely emerge.

We’ve already got a couple early entries worth checking out. Nick Cormier shows off his videosong skills, ukulele included, and Yuri Volushkov has a rocking fun time full of effects not likely to be found in many other covers of the tune. Click over to YouTube and “Like” each – or both – to vote. Stay tuned for our favorites as the competition progresses, and the winners when they’re announced!

Keep track of the competition at the “Maybe I’m Amazed” video response page, and check out more from McCartney at his website.