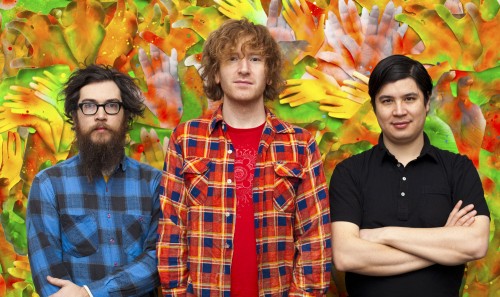 It’s Tuesday and you know what that means: another entry in the A.V. Club’s “Undercover” series. We’ve already seen over a dozen entries by bands like Iron and Wine, Low and, last week, the Mountain Goats. This week’s entry goes in two different directions: noise-rock and hip-hop. It’s experimental trio Parts & Labor, delivering a distortion-run-amok squall through Kanye West’s “Runaway.”

You’ve heard plenty of covers of this before, but none so noisy. It’s mostly just the chorus repeated ad nauseum, but the vocals are only the excuse for the explosion. It’s loud from the start, but when drummer Joe Wang kicks in a couple minutes in, though, that’s when all hell really breaks loose. Watch it below, via the A.V. Club.

Check out more Parts & Labor at their website or MySpace.