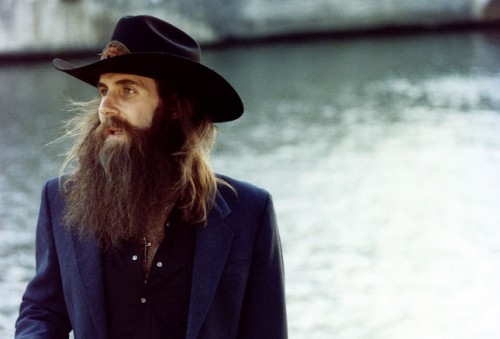 This past March, Cover Me trekked to Austin for South by Southwest 2011 and returned with several new discoveries. One of the finest was Josh T. Pearson. The ex-Lift to Experience frontman stunned us at a backyard BBQ with his heartbreaking country originals and one cover, of Boney M’s “Rivers of Babylon.” At the time, that was the only cover he performed. Two months later, we have three more that will blow you away.

Pearson currently records for Mute Records. For a recent two-day celebration Mute threw showcasing their lineup, Pearson covered three gems from Mute’s back catalog: Moby’s “Natural Blues,” Depeche Mode’s “Enjoy the Silence,” and Erasure’s “A Little Respect.” It’s just his voice and a guitar, but we challenge you to find a current signer who can do more with those two instruments than Pearson. Even these informal, off-the-cuff performances (lyric book and all) showcase his immense talent. Watch videos of all three below and, because we think you’ll want to hear them again, download the MP3s as well.

Check out more Josh T. Pearson at his website or MySpace.