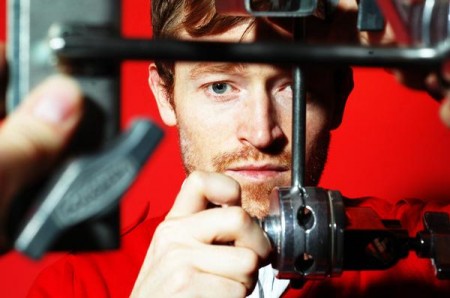 In the past few weeks, Bon Iver has stunned the world with his new self-titled album, and released a b-side of the much-loved heartbreak anthem “I Can’t Make You Love Me” by Bonnie Raitt. While Bon Iver’s new music is amazing, London singer-songwriter James Mathe reminds us of the beauty of Vernon and crew’s widely praised first album, 2007’s For Emma, Forever Ago with a cover of the song “Re: Stacks” for his new EP Memory Laps.

“Re: Stacks,” a bittersweet ode to loss of love and life, could not be lovelier than when Justin Vernon sings it. However, Mathe does the song justice by including a simple drum beat and a few synths. His more upbeat take on the song sheds a new light on the track and the lyrics, casting a more hopeful tone than the melancholy acoustic-driven original. Bon Iver is hard to beat, but Mathe makes an incredibly lovely (and close) attempt.

Find out more info about James Mathe on his MySpace.