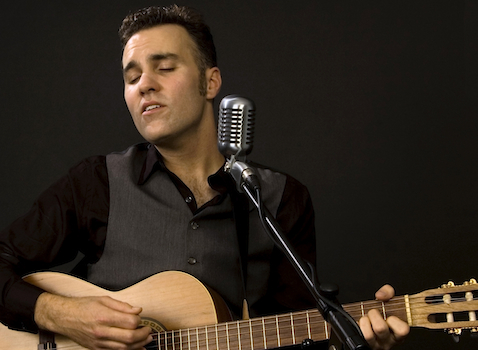 Oftentimes, when artists release free covers, you’re met with a few different possibilities. One is that there’s great variety between the song selections, but there are only a few of them. The other is that there are a ton of different covers and they’re all sort of the same. Vancouver’s Reid Jamieson cannot quite be placed in either camp, although his covers are in no short supply.

Jamieson has a steady, acoustic take on all his covers, but he selects from a wide array of material. He has an entire segment of songs about old-time railroads, and another of songs from 1969. He takes on the ’80s with Crowded House covers, and indie-pop with Magnetic Fields covers. Most impressive, perhaps, is the man’s clear love of covers. Plenty of artists record covers as something of a gimmick to draw in new fans; this, however, is not the case with Jamieson.

He shines most thoroughly when he’s taking on some good old-fashioned rock and roll and applying his relaxed-but-rollicking, pop-country sensibilities to it. His take on “Good Times, Bad Times” sounds more like the kind of thing that Robert Plant and Alison Krauss would have done on their alt-country collaboration than the Led Zeppelin original.

He brings that same aesthetic to all of his tunes, and, more often than not, it pays off. He paints Bob Dylan’s “Lay Lady Lay” and Crowded House’s “Don’t Dream it’s Over” with equal amounts of fingerpicking and brush-stroke percussion – just enough to make it different and fresh without quite making it new. He brings this same approach to Peter Gabriel’s “In Your Eyes,” treating it with the same slow acousticness that has always worked so well for the tune.

If the sheer volume of his miscellaneous cover recordings wasn’t enough, he also has an entire album of Elvis Presley covers. While there may be a good deal of commercial allure to such a project, Jamieson apparently never even intended for the album to be released – the recordings were a birthday gift to his then-girlfriend (now wife). On “Trying To Get To You,” he sounds like a true heir to the King, maintaining the soulful country crooning but bringing his own sound that works just as nicely today as it would have in 1955.

All said, Jamieson does a great job performing these covers. He brings enough of himself to the songs to give them a sense of originality and enough variety to have something for everyone. Admittedly, with such quantity, the effect isn’t quite the same as when an artist pours their full creative process into making one single song their own. Instead, he pays his respects to the songs that there’s reason enough to love in the first place. On the gems, like “Good Times, Bad Times,” Jamieson’s folky approach gives us something new; on the others, his approach reminds us what was so great about the song in the first place. And, let’s face it, that’s not such a bad thing.

Enjoy the sample tracks here and check out the rest at the Reido Radio page of his website.

Check out more from Reid Jamieson at his website and MySpace.