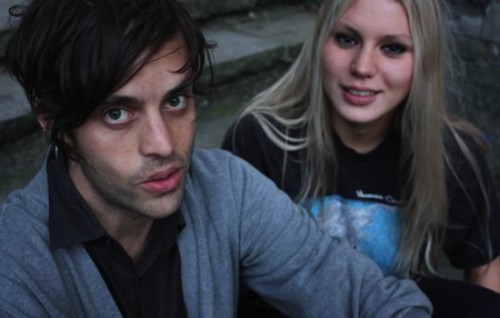 It’s difficult to get more beautifully simplistic than Big Star’s “Thirteen.” Elliott Smith nailed it in his cover, but he didn’t add much sonically beyond his unmistakable vocals and that inescapable melancholy. To amp the song up would invite disaster, so one must wonder, would it be possible to go the other way and tone down the original?

The UK’s Big Deal has done a remarkable job of answering this question for us. The guitars and vocals are minimalistic, but the duo of Alice Costelloe and Kacey Underwood play off one another magically. It’s no wonder that their MySpace lists their location as “Gnarnia” – the two make music that makes you feel like you’ve fallen through your headphones into another world, at once familiar and brand new.

Check out more from Big Deal at their MySpace and Facebook.