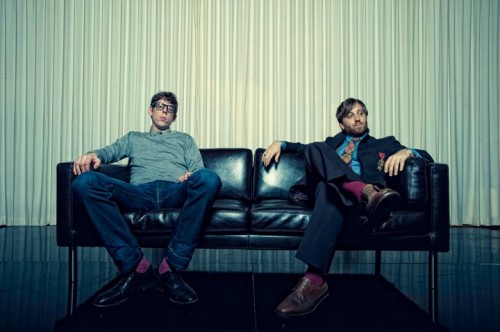 As we reported last week, a Buddy Holly tribute album, Rave On Buddy Holly, is in the works with plenty of big names throwing their hats in the ring. This morning the first track surfaced with the Black Keys‘ version of “Dearest.”

Casual fans of the band may be surprised by the understated style employed on this one. The guitar is spare, the tempo is laid-back and they’ve even added some finger snapping. This sounds much more like the solo work Keys’ guitarist Dan Auerbach did on his album Keep it Hid. But in the end, Auerbach’s hard-luck blues voice and Pat Carney’s booming drums are enough to brand this as a Keys song.  The ultimate result is the updating and highlighting of a wonderful song that still deserves reverence. If all the songs on the album are this good we may have to move the level of anticipation from “excited” to “freak out!”

Check out more from the Black Keys at their website.