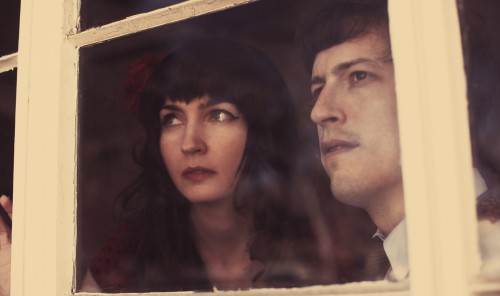 • Our post on the Michael J. Epstein Memorial Library’s version of “The Weeping Song” prompted Mario Rossi to send us his own Nick Cave cover. We’re glad he did. The singer rearranges the melody on “The Kindness of Strangers.” In the context of a brutal murder ballad, the “Auld Lang Syne” coda is devastating.
MP3: Mario Rossi – The Kindness of Strangers (Nick Cave and the Bad Seeds cover)

• You can’t copy Antony Hegarty’s angelic falsetto, so the Wild Mercury Sound don’t try. Instead, they craft a sort of new-wave Americana: brushed drums and down-home vocals presented in a spacey sheen.
MP3: The Wild Mercury Sound – Hope There’s Someone (Antony and the Johnsons cover)