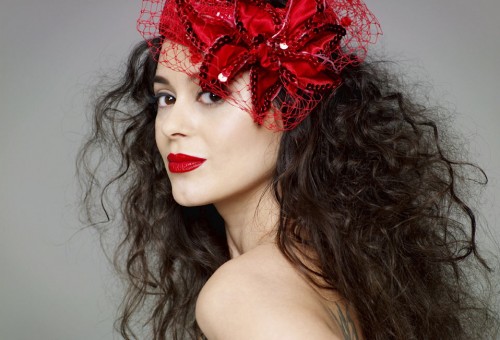 • The Frown’s “Rock Star” starts out similarly, but angry synth squalls lurk in the shadows. A little past the minute mark, they attack, wiping out the mellow in an electronic annihilation. Eve Rakow’s unhurried vocals deftly ride out the storm. (via Howl Records)
MP3: The Frown – Rock Star (N.E.R.D. cover)

• If you haven’t heard of Mountain Goats’ Hail and Farewell, Gothenburg, here’s the story: an unreleased 1995 album leaked to the Internet in 2007. Goats leader John Darnielle proved less than thrilled, so British musician Vasco de Gama obliged by not listening to it. Not having heard the album isn’t stopping him from covering it though! In a strange twist, he’s adding his own music to the online lyrics. He’s released four songs so far.
MP3: Vasco de Gama – Hello, Old Rabbit (Mountain Goats cover)