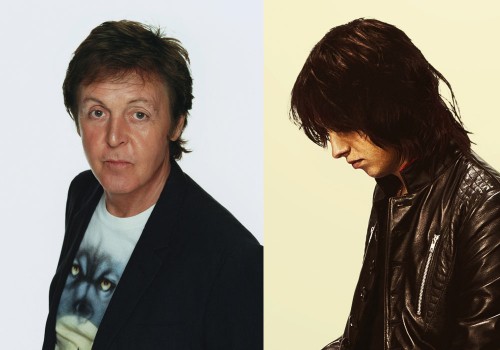 The people behind the upcoming Rave On Buddy Holly tribute album sure know how to generate buzz. One by one they leak tracks off the stunning 19-song tracklist. We’ve already heard Modest Mouse, Cee-Lo Green, and the Black Keys’ contributions (here and here). Now we present two more, bringing the total of full-song previews to five. And there’s still a month to go!

First up, Sir Paul McCartney lets loose on “It’s So Easy.” We rarely see this much energy from Macca these days. His gruff hollering recalls late-period Beatles or, more recently, his 2008 Fireman track “Nothing Too Much Out of Sight.” The gentle-statesman thing has severed McCartney well, but it’s always refreshing to hear him kick a little ass.

Then, noted Strokes wildman Julian Casablancas goes the other way with an understated electronic cover. The all-over-the-place synth cuts recall his 2009 solo disc Phrazes for the Young far more than they do his famous band. Given that the new-wave solo approach received something less than widespread acclaim, this may not be altogether a good thing.

Listen to both cuts below, then tell us which you prefer.