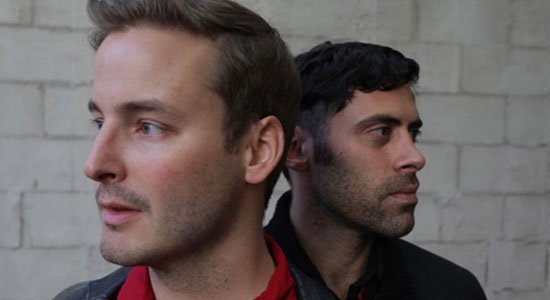 Attention guys out there: Lightouts have created the perfect cover song for your next crush mixtape. Lightouts re-create The La’s late ’80s/early ’90s sound that is ripe for the next great romantic indie soundtrack starring Zooey Deschanel. Be it real girl crush or movie crush, the bottom line is that there is some major pining going on in the somewhat obscure “I Am The Key,” and Lightouts wants to help you get the girl.

According to their website bio, Lightouts founder Gavin Rhodes posted a musician want ad on a building near the Gowanus Canal in Brooklyn. It stated: “Robert Smith/Emily Haines, where are you?” Though not either of these musicians, Greg Nelson answered the call and the two have been jamming together since.

Never officially released by The La’s themselves, “I Am The Key” was only ever performed live. The band – best known for “There She Goes” – split after just one studio album, forever haunting fans with what might have been. Lucky for us, everything ’90s is popular again, and Rhodes and Nelson dug up The La’s music and found this winner, just as they did recently on a Stones Roses b-side.  “I Am The Key” has The Cure’s influence seeping out of the speakers, but does not stray far from The La’s same Britpop style. So, take a listen below. We hope when Lightouts asks “Do you know what you’re looking for?” the girl points at you.

Check out more Lightouts at their website or MySpace.