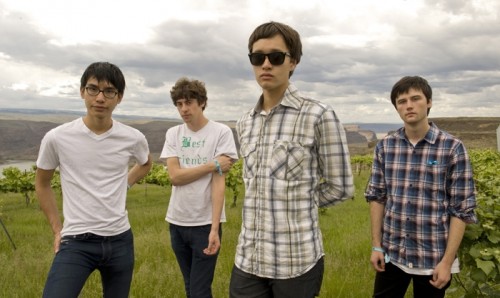 Never ones to hide their influences, the band recorded a collection of covers shortly before their departure from the West Coast and posted it as a free download on their blog. The Bedroom Covers features, suitably, a collection of lo-fi, low-key acoustic versions of a cross-section of pop tunes. The song selection won’t surprise you, but there’s something refreshing about seeing a young band that has an appreciation for musical history.

While far from refined in performance, the band exhibit a sensitivity and reverence for the tunes they present. You couldn’t avoid The Cardigans’ “Lovefool” in 1997, no matter how hard you tried, and such oversaturation opens the tune up for parody. The Benders, however, remind you that this is a great pop song. Chu’s whispery vocal plays up the melancholy undertone magnificently. A few tracks later, on The Crystals’ “He’s A Rebel,” Chu and company tone down the wall of sound without losing the excitement of the original. The faint sound of glokenspiel in the background provides a nice nod to Spector as well.

The highlight of the set comes at the end, though, with the band’s version of Talking Heads’ “Pull Up the Roots,” a song first found on 1983’s smash Speaking In Tongues. The band make do with a percussive acoustic guitar and tambourine, but still manage to maintain some of the afro-funk of the original. The band’s sweet singing contrasts with David Byrne’s vocal on the original, playing up the pop sensibility that always lurked below the surface in the Heads’ work.

The band’s original link to The Bedroom Covers is dead, but you can also snag a new upload, courtesy of a fan who didn’t want to see the free music die, over Mediafire.

MP3: The Morning Benders – He’s a Rebel (The Crystals cover) 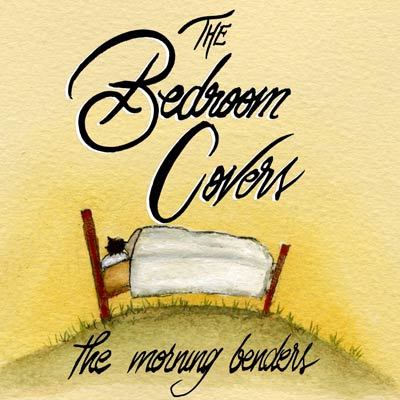 Check out more of The Morning Benders on Soundcloud or their website.

One Response to “Download This: The Morning Benders’ ‘Bedroom Covers’ Collection”