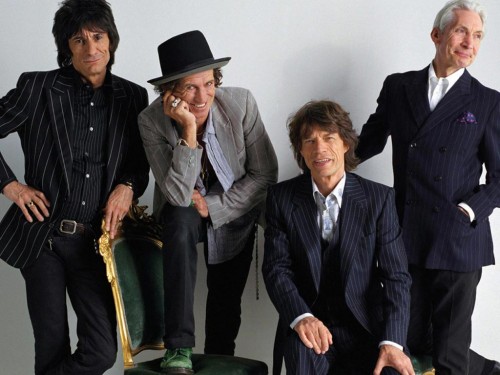 Ian Stewart started out as the piano player for The Rolling Stones – the “Sixth Stone” – before being demoted to road manager for not fitting the image of a pop band. He continued to serve the band loyally until his sudden death in 1985 at the age of 47, suffering a heart attack in a medical clinic waiting room. Now the boys have joined together with former bassist Bill Wyman for the first time since 1992 on pianist Ben Waters’ tribute to Stewart: Boogie 4 Stu.

The band chooses Bob Dylan’s barnburner “Watching The River Flow,” playing it smart by not drifting too far from the original arrangement. Waters’ piano features prominently (this is a tribute to a pianist after all, though admittedly not one who played on the original), but Jagger steals the show. He deftly handles Dylan’s lyric, reminding us all of why he deserves the biggest star on the Frontman’s Walk of Fame. Check out the track below.