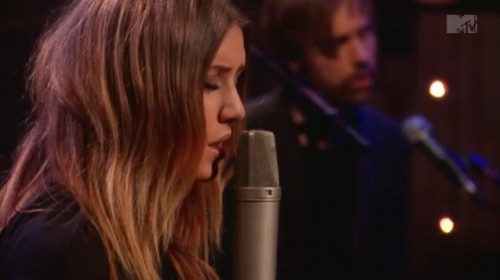 MTV Unplugged, a staple of 1990s music, lay dormant for much of the past decade. In its day, though, that series brought us legendary one-of-a-kind performances by Nirvana, Eric Clapton, and many others. In the past year, thankfully, the station has revived the series. The latest addition: Lykke Li.

The Swedish indie-pop star (no, not that one) performed songs from her new album Wounded Rhymes and a special cover: the Big Pink’s “Velvet.” “That song is very hardcore,” she said backstage. “It’s a big, rocky song, but I relate to the lyrics and felt that there was a power ballad somewhere in there. I decided to bring it out.”

Check out the power ballad version of “Velvet” – and the aforementioned interview about it – below.

Check out more videos at MTV.com.