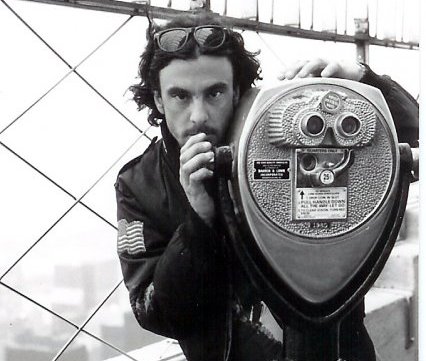 Previously available only on rare cassette tapes, a recording of the late Jim Shepard covering Van Morrison’s “Astral Weeks” has made its way to the internet, thanks to a discovery by Psychedelic Horseshit singer Matt Whitehurst. The track comes from a performance sometime in the early ‘90s at the Milo Arts Coffee House in Shepard’s hometown of Columbus, Ohio. Jim is known amongst Columbus musicians for his work with the bands Vertical Slit, V3, Phantom Limb and other projects.

The performance itself harnesses the free-flowing and spontaneous feel of Morrison’s lyrics and vocal part, with Shepard even taking a detour from the lyrics midway-through to reflect on Van’s desire to be “born again.” A pair of acoustic guitarists play steady, energetic chords, crafting a simple background for his emotionally charged ramblings and proclamations. Discover this lost gem for yourself below. (via Altered Zones)

Read more from Psychedelic Horseshit about the song at Altered Zones.