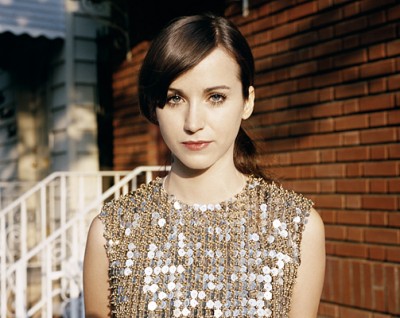 Although artsy Brooklyn denizen and Jealous Girlfriends frontwoman Holly Miranda hasn’t released any new original material since 2010’s The Magician’s Private Library, she has kept herself busy recording covers. Now she’s posted a large collection of both live and studio-recorded covers for your listening pleasure. Miranda has received critical praise from the likes of Kanye West and Scarlett Johansson, and it’s easy to see why.

Her ghostly voice belongs to the night, and she pays homage to sensual lullabies such as the xx’s covered-by-everyone “Crystallized” and Sparklehorse’s “Hundreds of Sparrows.” A dark pop sensibility and vocals reminiscent of singer-songwriters such as Elliott Smith make listening to these covers a haunting experience. Her live rendition of Etta James’ “I’d Rather Go Blind” shows off the strength of her voice while still staying true to the obsessive original.

While her voice and dream pop sound fit well with the aforementioned tunes, it seems to clash with Neon Indian’s chillwave “6669,” abandoning the introspective synth-heavy sound for a acoustic pop undertone. Listen to all four songs and judge for yourself below.

Check out Miranda’s SoundCloud page to hear some of her older covers.

One Response to “Holly Miranda Unleashes Collection of Dreamy Covers”