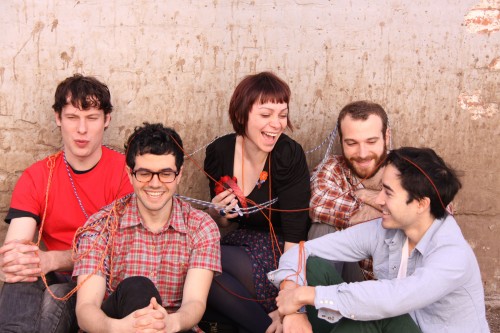 When most people think of Devo, they think of crazy plastic hats, elaborate costumes, and, occasionally, Swiffer Wet Jets. Freelance Whales tackle one of Devo’s other singles, “Girl U Want,” and whip it into something completely different. Going for a more true-to-the-lyrics tone, Freelance Whales takes the original poppy and upbeat synth and turns it into a ballad, slowing down the synth and adding finger-picking banjo. Unrequited love never sounded so good.

The single is being released along with tourmates Foals’ cover of Swedish House Mafia’s “One” on double-A-side 7 inch vinyls during their upcoming spring tour. Check out both songs below. (via Spinner)

Check out more Freelance Whales at their website or MySpace