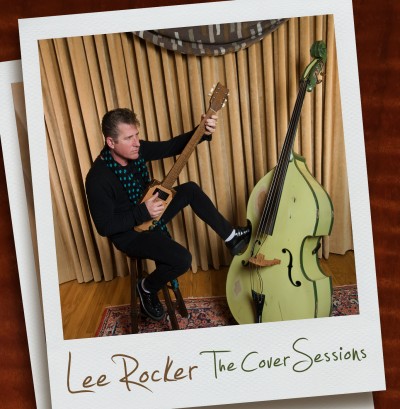 Rocker’s result, while enjoyable, doesn’t break much ground. He gives the opening track, The Beatles “Come Together,” the biggest makeover. Stripping the song of its trademark bass riff, he powers it instead with harmonica and a quick guitar pulse over a steady shuffle beat. Together, it complements John Lennon’s proto-rap verses surprisingly well. He deconstructs the chord progression in the chorus as well, without losing the punch of the original.

He presents far more straightforward covers on the rest of the EP, favoring more subtle instrumental changes in his arrangements. “City of New Orleans,” for example, sounds like an amalgam of previous versions by Willie Nelson, Johnny Cash and Jerry Reed: plaintive vocals with an acoustic guitar and mandolin backing. On Elton John’s “Honky Cat,” he replaces honky-tonk piano and horns with a dobro, jew’s harp, banjo, and harmonica, but, in maintaining the tempo of the original, creates a track that differs little in overall feel.

Though most of the covers don’t shed any new light on these songs, the production quality of the album redeems it. Sure, the banjo and mandolin ape the guitars on The Allman Brothers’ “Ramblin’ Man” and you could mistake Rocker for Dickey Betts, but the song wraps you in the warmth of the instruments. Sometimes an album that makes you feel good can also make you forget that you’re not really listening to anything new.