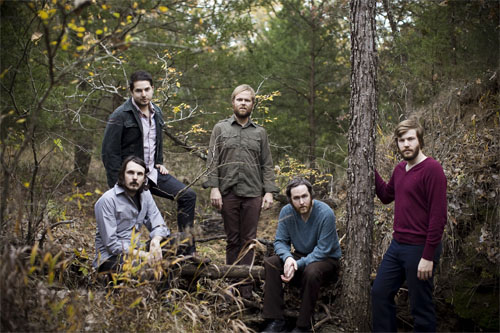 • For their LateNightTales mixtape, Texas folk rockers Midlake made some not surprising choices: The Band, Fairport Convention, Steeleye Span. As is tradition in the series, for one song they delivered a cover, and that one proves a more surprising choice: Black Sabbath’s “Am I Going Insane.” In their hands, the Sabotage cut blends in naturally.
MP3: Midlake – Am I Going Insane (Black Sabbath cover)

• Scala and Kolacny Brothers have put the all-girl-cover-choir genre on the map since their appearance in the Social Network trailer. The Fallen Angels haven’t hit that level of success yet, but an appearance in the next Harry Potter trailer could put them over the edge. For your consideration: their version of Air’s “Sexy Boy.”

• Jocelyn Pelichet sent his French-language version of Nick Cave’s “Far From Me” and we’re sure glad he did. Less Bad Seeds, more good vibrations.
MP3: Jocelyn Pelichet – Loin de Moi [“Far from Me”] (Nick Cave and the Bad Seeds cover)

• Imagine if, instead of producing an endless string of classic hits, the Beatles had recorded only one good song and then Lenny Kaye had included it on his famous Nuggets compilation, mixing it with dozens of similar low-fi-as-hell garage gems. That’s what this sounds like.
MP3: Raw Thrills – You Can’t Do That (Beatles cover)