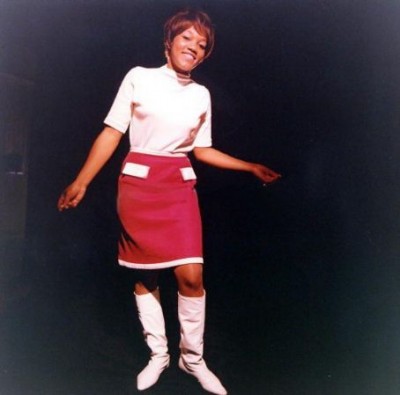 Here’s one of those situations where the cover is actually more widely-known than the original. The song was originally recorded by Gloria Jones in 1964. Unlike the later covers of the song  that have been chart-climbers (like Soft Cell’s), Jones’ version nearly fell into complete obscurity until a British DJ, Richard Searling, stumbled upon her CD My Bad Boy’s Comin’ Home almost ten years later. The song garnered enough underground success on the UK Northern Soul scene (the ’60s mod-twist on American soul music) to prompt Jones to re-record the single in 1976, but the tainted track once again got no love from the charts.

Through its underground popularity on the Northern Soul scene, the song remained only a local sensation until it fell into the unlikely hands of Marc Almond and David Ball of synthpop duo Soft Cell. Leaving behind the peppy tempo, electric rhythm guitar and horns that should have made the song a Motown classic, the duo slowed the track down, transposed it a few keys lower, and yes, added the synthesizers that made the song a new-wave mainstay on top 40 circuits all over the world. Most recently sampled by Rihanna in her hit “S.O.S”, Soft Cell’s version of the song has clearly been the most influential cover, leaving its indelible mark on almost every cover that has come after it. Seeing as Soft Cell’s version of the song is just as well-known as the original, we’ll skip that one to share with you five other covers of the song. [For those of you who long to see the guys of Soft Cell dance around in togas, here you go.]

1. Marilyn Manson’s cover for the Not Another Teen Movie soundtrack has been his highest UK chart-climber to date. Sounding like Manson at his finest (or at least most idiosyncratic), the song takes on an especially tainted tone with its heavy bass and screamy-goth vocals.

2. Taking a drastic departure from Manson’s dark cover we have the Dartmouth Aires’ barbershop delivery filled with all those gooey-vocal harmonies we all secretly love. Don’t worry, this a cappella take on the song still has a bass-line you won’t forget. With “Hit the Road Jack” rounding out the ending, this song picks up some of that Motown, My Bad Boy’s Comin’ Home flavor from the original.

3. This live recording of the song features another Brit’s take on the UK classic. David Ford’s performance might fool you into thinking it’s a meager acoustic cover, but his use of the vocal loop at the end of the song will send shivers down your spine. He’s got girls swooning across the pond, but is lesser-known over here.

4. With their latest album titled Lost in the ‘80s, it’s not surprising that this Quebec-based trio, The Lost Fingers, found a pretty and unique way to cover the ‘80s hit (seeing as it never was a ‘60s hit). These guys bring a lot of the top-five elements together with their vocal harmonies, acoustic guitars and fast-pace tempo. This one’s a toe-tapper!

5. This last cover, performed by Bilal, featuring Daedelus (experimental music producer), Miguel Atwood-Ferguson (freelance, multi-instrumental musician), Gabe Noel (garage/ house musician) and friends, plays like a funk-soul jam. While you may not know it, you probably already are a fan of these artists, who have worked with everyone from Shakira to Stevie Wonder. These guys take the song and run with it, leaving behind all traces of the original, except for perhaps Bilal’s funk-soul vocals. This may be the only cover out there that doesn’t owe anything to Soft Cell.