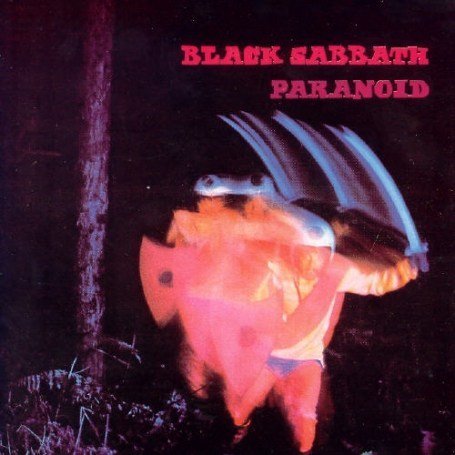 From the political science of “War Pigs” to the applied pharmacology of “Fairies Wear Boots,” Black Sabbath‘s Paranoid features seven of the most iconic heavy metal songs of all time…and an instrumental ditty with the evocative title “Rat Salad.” Ozzy Osbourne‘s original wail forever eclipses his latter-day cries of “Shaaaaroooon.” Tony Iommi is the Lennon/McCartney of doom-laden riffs. Geezer Butler and Bill Ward make a mean rhythm section and an even meaner rat salad. And as the following covers demonstrate, the quartet’s hard rock mastery sounds good in any genre.

Industrial favorite Martin Atkins (Public Image Ltd, Killing Joke, Pigface) trades head-banging for snake-charming on this breakbeat-infused translation of Hessian to Hindi. No Bollywood vocals though, for better or worse.

Sweden’s Hellsongs soften “Paranoid” to showcase the ballad of psychic unease and longing veiled beneath the riff. Underscored by piano and cello, the plea “Can you help me occupy my brain?” never sounded so plaintive.

The Anomoanon give the cosmic “Planet Caravan” their own rootsy shine, augmented by distant synth blasts from the starry expanse. Seven minutes of jammy, meditative bliss.

The light-touch electronics of Four Tet provide the soundtrack for one of Iron Man’s pensive moods, when he just stares at the world. Who knew Sabbath made for such great thinking music?

Caucasian acéphales Afroskull play rat salad as funky as it tastes. Fans of drum solos, enjoy. This one comes from a full Sabbath covers concert the band performed in 2001; download it here.

American Egyptophiles Isis bring the metal to a song whose title so clearly demands it. Distorted vocals add to the macabre feeling, while the instrumental outro sounds like the Hand of Doom reaching down to crush us all.

Bill Patton spins an authentic folk ballad out of Ozzy’s paranormal, para-sober vision of fairy boots dancing with a dwarf. Whatever the doctor may say, Patton’s world-weary voice makes the story hard not to believe.

Don’t own the original? Pick it up at Amazon or your local record store. Also, check out more Black Sabbath covers in our archive.