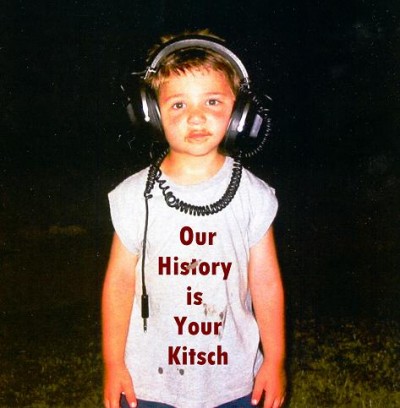 Their psych-pop eclecticism comes to the fore on their ’80s covers album Our History Is Your Kitsch. We featured album highlight “White Wedding”, in the past, but the rest of the album stands almost as tall. The song selection seems as if they took the first 8 songs that came up in an iPod shuffle and decided to cover them. Again…eclectic.

They open with a surprisingly faithful version of “Goodbye Horses”, a song that famously soundtracked Buffalo Bill’s “tucking” scene in The Silence of The Lambs. Their slow, contemplative “Burnin’ For You” beats the Blue Öyster Cult original hands down. And good luck recognizing their acoustic take on Bad Brains’ “Sailin’ On” without checking the tracklist. Occasionally they do miss the mark, but maybe the Alan Parsons Project’s “Don’t Answer Me” is just too crappy to save. Overall, the band takes a varied set of ’80s songs and makes them sound as if they belong together. No easy task! The official links are dead, but we’ve got all the tracks for you below.

Our History Is Your Kitsch 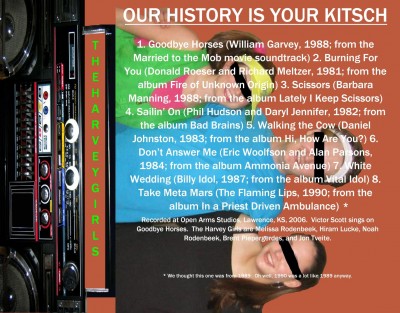 Check out more from the Harvey Girls on their website.

One Response to “Download This: The Harvey Girls Cover Random ’80s Songs”