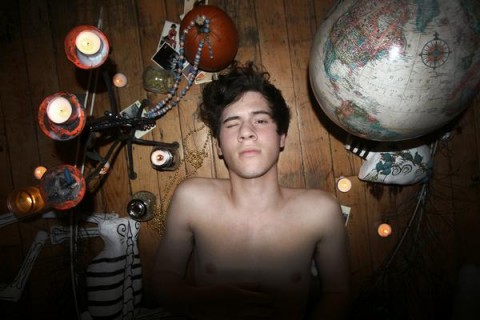 Neon Indian‘s “Should Have Taken Acid With You,” from his debut album Psychic Chasms, is a lovable track, about regretting letting go of a chance at love (or a chance to get high with someone), but he’s not killing himself over it. Its mellow and hazy tones bring to mind a humid summer day, perfect for reminiscing. That album and song were the epitome of the so-called “chillwave” movement that took off during the summer of 2009. New York’s Oberhofer apparently enjoyed chillwave’s renaissance and decided to take on this iconic song from it.

While the original take by Neon Indian was still fairly upbeat, Oberhofer’s take is a far darker affair, stinging with the sorrow that comes with deep regret. Brad Oberhofer’s voice sounds far more pained by the loss than Palomo’s did, and that pain carries through to every part of the song. The more aggressive synths in Oberhofer’s version make it feel more like a club song, albeit a hazy one. Check it out below. (via Stereogum)

MP3: Oberhofer – Should Have Taken Acid with You (Neon Indian cover)

Check out more from Oberhofer at MySpace.