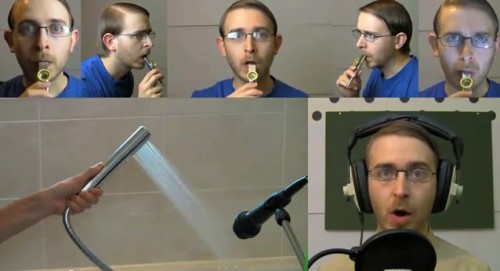 Part Pomplamoose videosong, part Napoleon Dynamite celebration of geekiness, Brett Domino racked up millions of YouTube views with similarly geektastic covers of Lady Gaga, Justin Timberlake, and Michael Jackson. Last year, he and his trio appeared on Britain’s Got Talent, winning over the crowd and judges (minus a completely bewildered Simon Cowell). Don’t be fooled by the deadpan awkwardness on display; he’s got the musical chops too. Behind the Brett Domino persona lurks 27-year-old Rob J. Madin, a graduate in Music Production from Leeds College of Music.