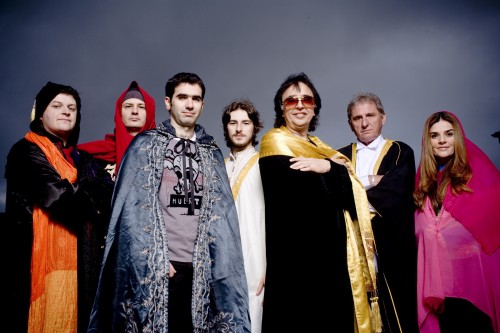 South-of-the-border rock and roll rarely gets its due in the States. Traditional folk music, sure – Putumayo seems to put out a new coffee-shop compilation of that every week – but incorporate electric guitars in the mix and people don’t know quite what to make of it. Does truly-southern rock count as authentic or is it just musicians appropriating another culture?

El Justiciero Cha Cha Cha offers one more step toward definitively answering that question. This eighteen-song tribute to psychedelic Brazilian collective Os Mutantes shows you why the band is good enough that Kurt Cobain once wrote them a letter begging them to reunite (they declined). A whole host of Mexican and South American bands cover songs from throughout the band’s formidable 1968-1974 discography.