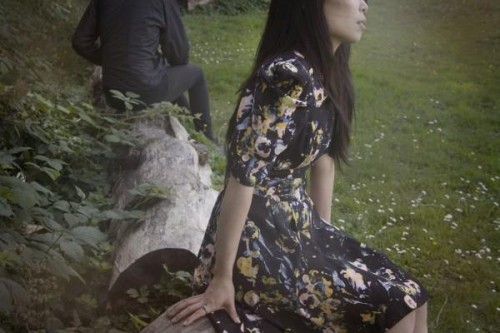 The phrase “sad sack” gets thrown around a lot describing The National. Soundtracking the most ethereal midlife crisis ever, the band’s music laments love lost and uncertainty found over the delicate rock symphonies. “Anyone’s Ghost,” off the band’s new High Violet, combines morose and haunted as well as anything they’ve done. Well now San Francisco duo Silver Swans have recorded their version of the tune and – guess what – it’s even more morose and more haunted!

It’s about time too. High Violet‘s 11 tracks deserve more cover attention than they’ve gotten. “Fake Empire,” off 2007’s Boxer, garners appreciation from the likes of Frightened Rabbit, but where’s the love for “Terrible Love”? We even tried to commission a “Bloodbuzz Ohio” cover, but you all voted it down in favor of “Livin’ on a Prayer” (the fact that the album hadn’t come out yet didn’t help its chances). Hopefully this spaced-out “Anyone’s Ghost” kicks off a new trend.