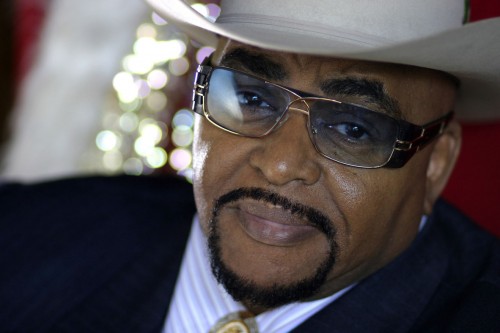 Legendary soul singer Solomon Burke passed away yesterday en route to a European concert. In his seventy years, the “King of Rock and Soul” dominated soul, gospel, and rhythm and blues music like no one else. On early hits like “Cry to Me” and “Everybody Needs Somebody to Love” and latter-day classics like “Diamond in Your Mind” and “Make Do With What You Got,” his smooth baritone turned everything it touched to gold. With just a few syllables he could deliver you or seduce you, raise you up or bring you low. Unlike many of his peers, Burke continued performing and recording up through his last days; he released two records this year alone!

Though his commercial fortunes ebbed and flowed, the music community never forgot Burke. His 2002 album Don’t Give Up on Me featured song contributions from Bob Dylan, Brian Wilson, and Tom Waits. Pretty impressive Rolodex.

We’ve rounded up some live covers to remember the legend. Few can turn a phrase like Burke can, making his renditions of clichés like “Christmas Song” and Sam Cooke‘s “A Change Is Gonna Come” revelatory. On the less somber side, the raucous onstage party on “Proud Mary” shows his love of the ladies. Anyone who has attended a Burke concert can attest to the unbridled joy filling the room. He will be missed.

Read a message from Burke’s family on his website.