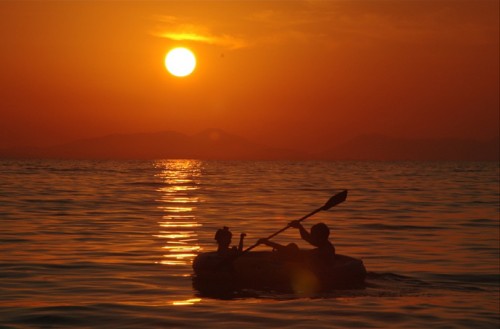 The twenty-first century has devalued the “song of the summer” concept something fierce. With listeners increasingly fractured into obscure niches, no song unites the culture the way the Beach Boys or Four Seasons did back in the day. Even if you hated those songs, they were a part of your summer experience. After all, loathing counts as an experience.

Speaking of loathing…“California Gurls.” If there was a song that dominated summer 2010, that was it. It’s a simple formula. Katy Perry + singing about chicks = summer smash. That wasn’t the only summer ‘010 hit though. There were the indie summer jams, of which we’ve got a couple, as well as the hits blaring from car radios. Even if you consider yourself above the Top 40, odds are you’ve heard these one way or another: over the supermarket PA, at a minor-league ball game, or from the crappy iPod speakers serenading the couple next to you at the beach. So while these may or may not have defined your personal summer, they come to as close to universal as it gets these days. You can run, you can hide, but you can’t escape these songs.*

A B & the Sea – California Gurls (Katy Perry cover)

Let’s start with the obvious. We’ve heard this covered many times before, but this little number bridges the pop-folk gap better than most. [More from this artist]

Our first nod to indie concerns a type of girl not actually much different than Perry’s. James Murphy just seems more jaded about it. [More from this artist]

MP3: Johanna’s High – Alejandro (Lady Gaga cover)
The single itself came out this spring, but the Nazi-S&M video Gaga dropped in June blew it up. “Hot like Mexico, rejoice” seems more appropriate for summer anyway. This weepy finger-picker keeps the basic melodic framework…and not much else. [More from this artist]

Criticizing summer hits for shaky lyrics is like criticizing fast food for an impersonal touch. These seem particularly egregious though. “I hit the floor ‘cause that’s my plans”? Seriously? [More from this artist]

We premiered Jordan Corey’s acoustic version of this indie dance hit last week. Here’s one that’s, if anything, even less poppy. [More from this artist]

Rihanna’s the pop star it’s okay to love. Call it continued Chris Brown fallout or call it something else, but there’s no shame in loving Ri-Ri. She’s got the goods. Sure, “Rude Boy”’s no “Disturbia,” but really, what is? [More from this artist]

MP3: Janine Farragher – Wavin’ Flag (K’naan cover)
K’naan’s pop-hop hybrid came out last year, but “Wavin’ Flag” was nowhere until it became the 2010 World Cup anthem. Sure, the lyrics about the Somalian civil war got trashed in favor of some feel-good unity crap, but can’t criticize the man for knowing a payday when he sees one. This cover sticks with the original. [More from this artist]

KitnerBoy – When I’m With You (Best Coast cover)

If the LCD Soundsystem wasn’t indie enough for you…Best Coast. With Crazy for You, the duo produced the cool-kids’ summer LP. Fuzzy surf throwbacks about drinking on the beach and smoking weed everywhere else let the skinny jeans set have some fun in the sun too. [More from this artist]

Robyn released the best pop song of Summer 2010. Mark it. [More from this artist]

We end where we began: with Ms. Perry. Mike Tompkins uses effects to pop-ify this mashup, but it’s all a cappella. Watch the video if you don’t believe me. [More from this artist]

Hankering for some more summer lovin’? Check out our tribute to last year’s hits!

One Response to “Songs of Summer 2010…Covered”