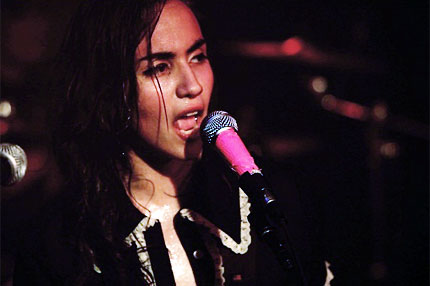 Unfortunately, the Labyrinth cut doesn’t get the Sin City/Planet Terror/Machete treatment. It’s more jerky concert footage. The shots jump around like they’re renting each camera by the minute. Still, it’s a good cover, and hopefully the Rodriguez tie-in will give these gals another boost.

Watch the video at SPIN.com.

Check out more Girl in a Coma at their website.