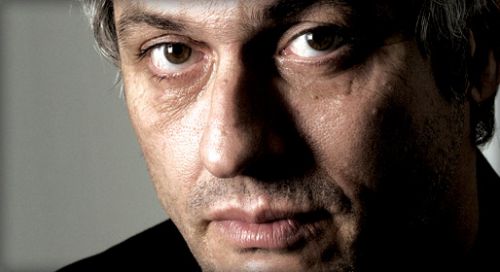 If “Happiness Is a Warm Gun” isn’t up there among your favorite Beatles songs, you’re doing it wrong. This White Album gem isn’t just one great song; it’s four. Shifting time signatures, strange rhythms, and off-beat guitar squalls pushed the boundaries of how much you could cram into two minutes and forty-four seconds. It constantly threatens to careen off the rails like a train taking a turn too fast, but it never does.

Thinking-man’s guitar hero Marc Ribot has the goods to keep all that in line. After all, the man accompanied Tom Waits’ Rain Dogs-era reinvention, during which he played the guitar “like a midget’s bar mitzvah” (Tom’s words). His performances marked album high points, so it’s no surprise his solo interpretation of “Happiness” should be similarly transcendent. He first recorded it for his 2001 album Saints, but seeing him coax it from his guitar live is even more impressive. Here’s a clip from ’07.