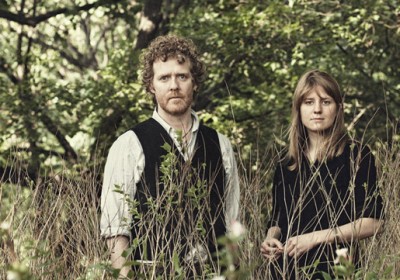 Neutral Milk Hotel covers are a dime a dozen – recall the all-ukulele NMH cover band – but when Oscar-winners turn their talents to an In the Aeroplane Over the Sea cut, it’s worth taking notice. The Swell Season are Glen Hansard and Markéta Irglová. Best known for starring in/soundtracking Once, their version of “Two-Headed Boy” is as pretty as you’d expect. The beauty of their Irish-inflected harmonies doesn’t preclude the occasional shouting crescendo and they even throw in a bonus for those paying attention: a bit of “The King of the Carrot Flowers Pts. Two & Three” at the end. Watch the video, the latest in the A.V. Undercover series, and download the MP3 below.

Check out more Swell Season at their website or MySpace.