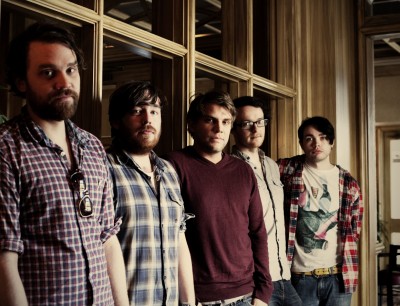 If you just heard a timid pop, it was the world of introvert thirty-somethings exploding (meekly). Two of the most wonderfully dejected bands around collided when Scottish sad sacks Frightened Rabbit covered Brooklyn’s bummed-out The National. The quintet chose “Fake Empire,” the lead track from 2007’s classic Boxer. Singer Scott Hutchison is a bit shaky on the words, but it’s nothing a lyric sheet can’t fix. The tune segues seamlessly into the band’s own “Backwards Walk.”

The occasion was a recent performance at San Francisco’s Rickshaw Stop. Filmed by HD cameras for Revision3, it captures seventy minutes of morose magic. Watch the video below. Note: you’ll want to jump to 47:45 to catch the cover. It’s the fourth dot from the right on the slider.