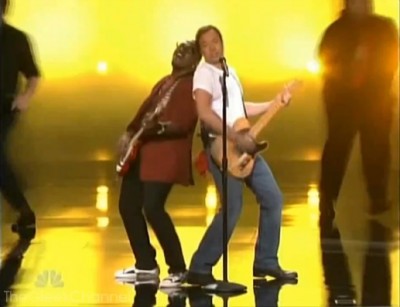 The “Born to Run” montage went down last night in the Emmy’s opening skit. It’s a blast to watch, with a Born in the U.S.A. album cover homage and Fallon imitating Bruce as credibly as he does Neil Young. Even Randy Jackson (a bass-playing Big Man) doesn’t embarrass himself. I’m feelin’ that, dawg.