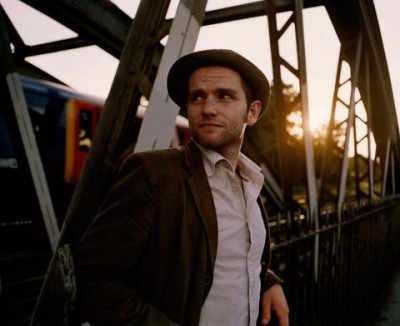 The Queen Is Dead never ages. Last September we posted covers of every song on the album, with Nada Surf turning in a faithful “There Is a Light That Never Goes Out.” To be sure, there are plenty of covers of the Smiths song (a candidate for a Five Good Covers feature perhaps?). The tune seems to carry itself; in all but the most incompetent hands it’s pretty. In the right hands though, it’s downright heart-stopping.

Enter David Ford. The British songwriter has flown under the radar for the past few years, churning out quality records detailing one man’s musings on a world moving ever faster. His uncompromising tunes rarely shy from the political. His Let the Hard Times Roll is one of the year’s best. Not many discs boast an anti-love song to Margaret Thatcher (“She’s Not the One”) and a tongue-in-check ode to torture (“Surfin’ Guantanamo Bay”).

When he puts politics aside, Ford can do a drop-dead gorgeous ballad (see “Song for the Road”). That’s the skill he brings to “There Is a Light.” It’s solo piano and it sounds about like you’d expect. Enjoy with a glass of red wine and some on-the-road scenes from the original video, cleverly added by a fan.

Check out more David Ford at his website or MySpace.