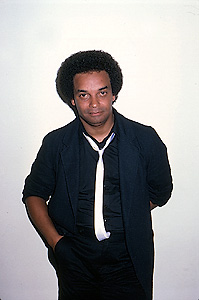 Gary U.S. Bonds is often overlooked in the annals of rock history. To some degree, this is fair. His presence didn’t change much. While his sound was never particularly innovative though, his one hit “Quarter to Three” is 1950s rock and roll bliss (despite the fact it dropped in ’61). These days more fans remember the song for Bruce Springsteen than U.S. Bonds though. The Boss closed his shows for decades with “Quarter to Three,” sometimes stretching it out to fifteen minutes or more, complete with James Brown passing-out shtick.

Bonds made a moderate comeback in the ‘80s and once again, the world has Springsteen to thank. For Bond’s 1981 album Dedication, Bruce wrote three songs, sang on one, and co-produced the whole thing with Little Steven. If Bonds’ backing group sounds like the E Street Band, that’s because it is the E Street Band. Having gotten many miles out of “Quarter to Three,” the whole gang repaid the favor by giving Bonds the muscular sound (and star power) his talent demanded.

The album includes covers of the traditional “Jolé Blon,” Bob Dylan’s “From a Buick 6,” and this, Jackson Browne’s lite-FM staple “The Pretender.” Bond goes high octane on it, bringing in a backing chorus to boost the E Street sound even further. It won’t get you dancing ‘til quarter to three, but it’ll show you just what can happen to a faded has-been when the right people remember.