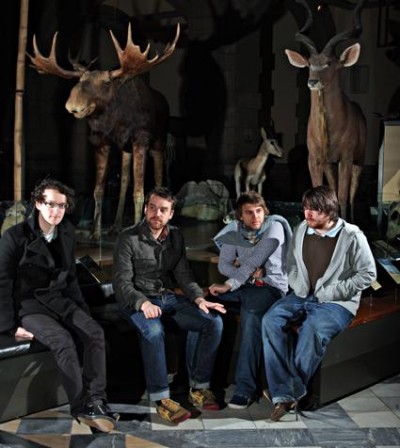 We know the Lemonheads are great at covering others – their last release was the best cover album of 2009 – and now we know their originals are just as cover-able. Scottish indie folkies Frightened Rabbit lend their heavy brogue to “Confetti,” turning a poppy song into a major bummer.

“There’s a pretty typical Scottish glumness, spreading over the whole thing like nasty butter,” singer Scott Hutchison said. Anyone bold enough to describe their music as “nasty butter” deserves a listen. The cover of the It’s a Shame About Ray single comes via the A.V. Undercover series, which we’ve posted about before.