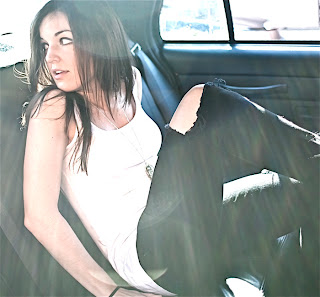 Christina Cone comes to us by way of Brooklyn, where she’s steadily developing a following.  The whole girl-on-piano thing inevitably leads to Norah Jones comparisons, but if you’ve got to go there Regina Spektor makes a better reference point.  Cone’s poppy melodies push her well beyond jazz-lite torch songs while her occasional vocal riffing sounds straight out of Spektor’s “Fidelity.”

Her band, the Best Intentions, consists of her and Ward Williams (formerly of Jump, Little Children) working with a revolving-door cast of characters, including Sean McCann of Badly Drawn Boy.  The group just released their self-titled EP in March (available on iTunes/Amazon); here’s a sample.

Christina Cone and the Best Intentions – Here We Go Again

Cone and the boys have signed on to cover a song for Cover Me, but as always, you decide the song.  Below are ten choices, each linked to a YouTube video.  Listen to Christina’s originals (more at MySpace), listen to the selections below, then tell her which song to cover in the poll on the right.

THE CONTENDERS
• Sam Cooke – Bring It On Home to Me
• Bob Dylan – Girl from the North Country
• Patty Griffin – Mary
• Alison Krauss – Oh, Atlanta
• The Mamas and the Papas – Dream a Little Dream of Me
• The Miracles – You’ve Really Got a Hold On Me
• Van Morrison – Playhouse
• ‘N Sync – Gone
• Hank Williams – Alone and Forsaken
• O. V. Wright – That’s How Strong My Love Is

7 Responses to “Commissions: Christina Cone and the Best Intentions”