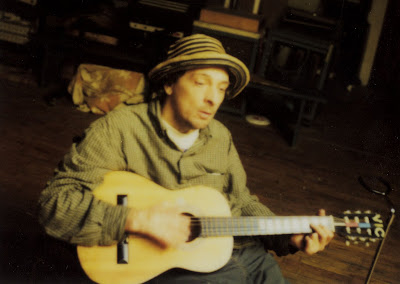 The Best Cover Songs of 2009 post may have gotten lost in the holiday shuffle for some people. If you missed it…25 downloads counting down the best of the year! [Cover Me]

Christmas is over. The fat goose was slaughtered, the boughs of holly are starting to smell, and the ten lords a-leaping have died from exhaustion. As many of you know, we posted a new Christmas tune every day of Advent to Twitter. Follow us on Twitter so you don’t miss out on the next Twit-sclusive (almost to 500 followers…exciting stuff coming when we hit the mark). First though, catch up on all the Christmas covers at once. [Box.net]

The year of entertainer deaths claimed one final victim in songwriter in Vic Chesnutt. Boyhowdy pays tribute with some nice words and cover tunes. [Cover Lay Down]

Blue moon last night, an optimistic open to a new decade. Seems like there’s a certain song one might play… [I Am Fuel, You Are Friends]

The Flaming Lips ushered in 2010 by covering the complete Dark Side of the Moon. As with anything they do, it sounds…interesting. [Rolling Stone]

In honor of the just-passed thirtieth anniversary of Fleetwood Mac’s Tusk, a couple covers. [The Days of Lore]

If you didn’t happen to celebrate your new years eve at a Katerine concert in Belgium, see what you missed with her Beyoncé/Pointer Sisters mash-up. [Belgovision]

Via Tania – Don’t Let Me Be Misunderstood (Nina Simone) [more]